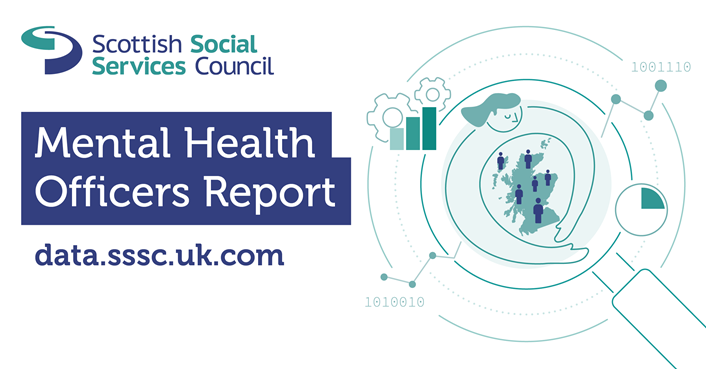 A new report on the mental health officer (MHO) workforce shows 53 extra full time MHOs are needed to meet the shortfall in the work required by local authorities.

The report, published by the Scottish Social Services Council (SSSC) today, shows although the number of local authorities saying they had a shortfall had fallen to 23, they estimated an extra 1,911 hours a week for MHO work was needed – equivalent to 53 full time MHO posts (an increase of four since 2019).

MHOs are specially trained social workers who carry out statutory duties in relation to mental health legislation. The reported shortfalls in staffing could result in delays to people accessing services, appropriate treatment and care and hospital discharges.

Lorraine Gray, SSSC Chief Executive said: ‘While it’s positive to see fewer local authorities reporting they are short of MHOs, there are still challenges as the number of full time MHOs needed to meet the shortfall in hours has increased to 53, up from 49 the previous year’.

‘Our data reports help local authorities, the Scottish Government and others with future workforce planning, including succession planning and making sure enough people are undertaking the training required to join the workforce.